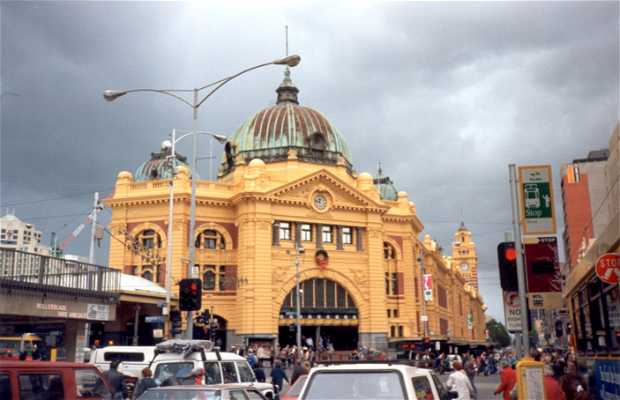 Flinders Station is a Victorian style building situated in the heart of the city, next to the Yarra River. It's the one place that you'll definitely want to visit in Melbourne. In fact, it's one of this Australian city's landmarks, and it's also the center of all the transportation system's activity, which makes it a popular meeting place and a common reference point. There's no doubt that you'll find yourself here at one point or another. They say that it's the biggest suburban railway station in the entire southern hemisphere. It's a Victorian-style building that contrasts with the modern Federation Square that's nearby.

Have what you can spend a whole day

AMCI have what you can spend a whole day.

The central job off allbthings trains in Melbourne

While there are food and drink outlets it's not high quality and you would be better to head out of the station for some real Melbourne food. It does have all the facilities you would expect from a transport hub though.