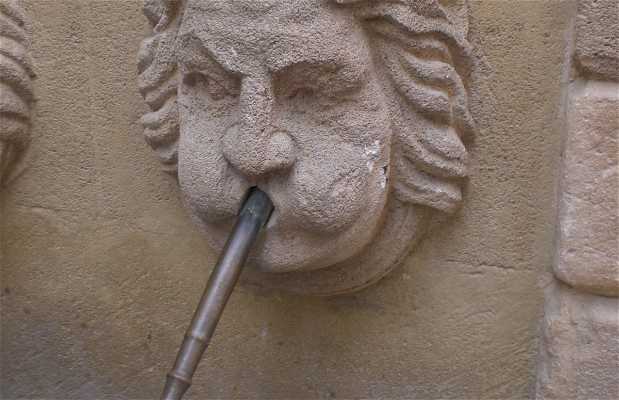 It's said the the fountain was used in Roman times for thermal baths, and that's where it got its name. This fountain was renovated on several occasions. The hot water from this spring was used by another fountain in the center of the city 1685. This was placed on the side of a building to give easy access to people on foot and in horse carriages. They later started using hot water in other fountains and this became a cold water fountain. The angels and the marble basin are from this period. But the portrait of Paul Cézanne in bronze and was created by another famous artist from the region, Auguste Renoir.