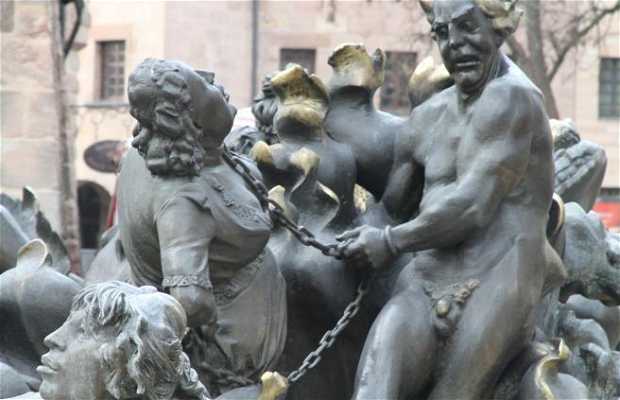 Very close to the White Tower at the beginning of Ludwigsplatz, like a gate tower was where the oldest part of the fortification was. Three shields decorate the facade; two coats of Nuremberg and the other the imperial eagle holding two lions. In front, the fountain full of figures, designed by Jurgen Weber in 1984, the "Carousel of marriage" represents both men and animals, showing both positive and negative sides of every marriage. At night its photogenic as its colorfully illuminated, but with so many people, it's hard to photograph it well.

Lists and places related to Ehekarussell

Links to Ehekarussell
Hotels near Ehekarussell Of Touristic Interest in Nuremberg
See something odd?