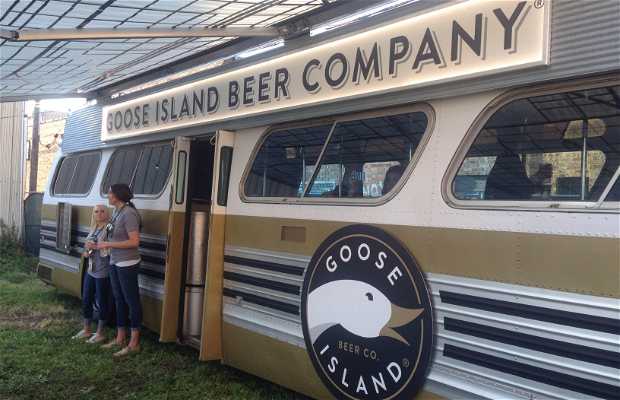 With the craft beer industry exploding...

With the craft beer industry exploding in Chicago, more and more beer festivals are coming out into the social world. Goose Island is one of Chicago's first craft beers. Sadly it has been taken over by a major beer company, however it is still producing unique brews within in the city! They started their "unofficial block party" on the west side of Chicago a couple of years ago. Now they said this has been the biggest crowd they have seen yet!

There were two stages full of great up to date music all night long! Beer was served with the purchase of tokens so they were slightly discounted. An old public bus, mini golf course, and graffiti artists were there as entertainment as well as a portable hockey table! It wasn't just about the beer which was amazing for an event hosted by a brewery.