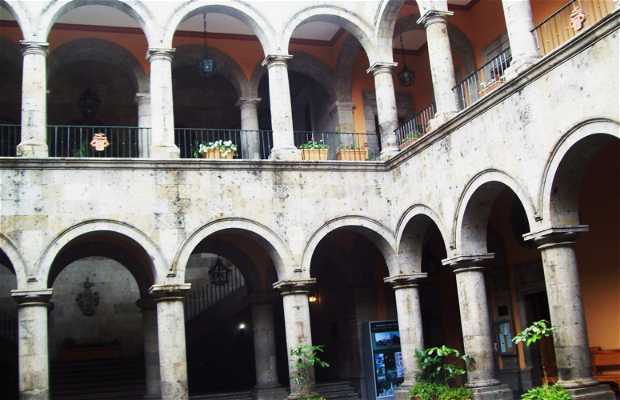 Situated in Plaza de Armas, the Government Palace is the best example of Civil Architecture in Guadalajara. It's in the Baroque style, which started being built in the 17th century, ending at the end of the 19th. It's worth it to go in, pass by its patios and admire one of the most important Mexican murals, which is called "Lucha Social" ("Social Struggle"), in front of which is a figure of Don Miguel Hidalgo.

You wont regret it

When I went there there was a guide telling the story of the mural in the wall on the stairs, and it was amazing, if you can go there talk to a guide and let them talk to you about the history, and then go to the cathedral.