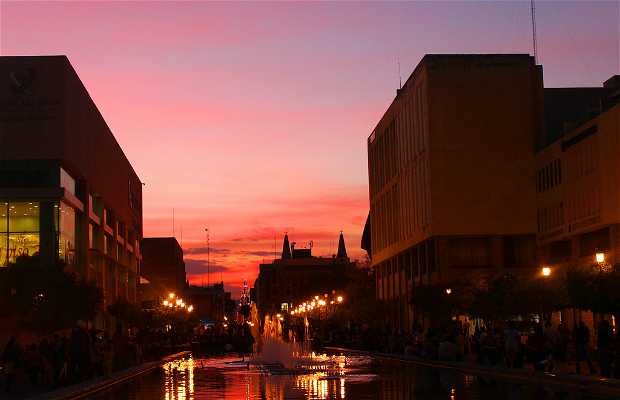 The Historic Center of Guadalajara stands out because of its architecturally-interesting buildings such as the Metropolitan Cathedral, the Palace of Justice, the Cabañas Cultural Institute (formerly the Hospicio Cabañas) and the Teatro Degollado. Apart from these buildings, there are four squares that form a cross, and this is called the "Calles de la Cruz." The concept was designed by architect Ignacio Diaz Morales Guadalajara, who decided to make the Cathedral the center. The four places that make up the cross are Guadalajara Square, Liberation Square, and the Rotunda of the Illustrious and Plaza de Armas.

Guadalajara is a beautiful city. As the song says "the pure smell of wet earth" and it is true, the smell is very typical of Guadalajara. Her you can enjoy tequila, mariachi, food, all that is Guadalajara in Mexico.

It's a beautiful place

If you go there, make sure that you go at sunset because it looks magical and take a lot of pictures, i'm sure you are going to want to remember that beautiful moment in Guadalajara.