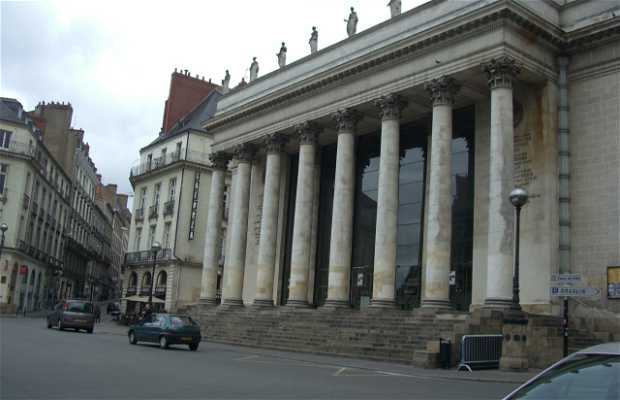 From the time of the eighteenth century

Graslin Theatre is in the center of the district of the same name in honor of Jean-Joseph-Louis Graslin (1727-1790) receiver-general of the kingdom farms and ve participated in land management in the western part Nantes. The theater was built by architect Crucy (1749-1826) on an ancient Greek model respecting the golden number in 1788 and Crucy was inspired by neoclassical architecture. Thus, 12 steps provide access to a plateau where 7 Corinthian columns (Greek theater specific) support the pediment decorated with 8 statues. These statues were built during the French Restoration through the work of architect Molknecht.