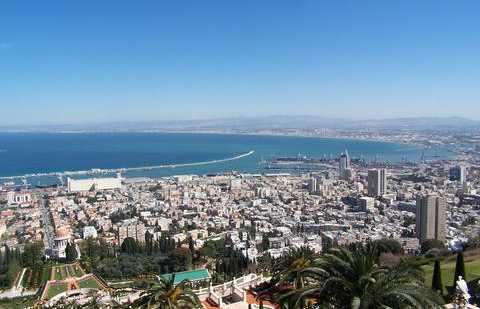 Mediterranean At Your Feet

Haifa is a city in northern Israel, on the eastern Mediterranean coast, overlooking the bay of Haifa and extending to the slopes of Mount Carmel. It is the third largest city in Israel, with a population of nearly 270,000. Because it is the main port of the British Mandate of Palestine, Haifa was a main objective of Jews and Arabs and it was the scene of violent clashes between the two sides during the civil war of the Mandate of Palestine and the Arab-Israeli in 1948. The city was captured by Israeli forces on April 23, 1948, by forces of the Carmeli Brigade, resulting in a mass exodus of its Arab population (about 60,000) to Lebanon primarily.

The fantastic garden of Bahai

Lists and places related to Haifa

Links to Haifa
Hotels near Haifa Of Cultural Interest in Haifa
See something odd?