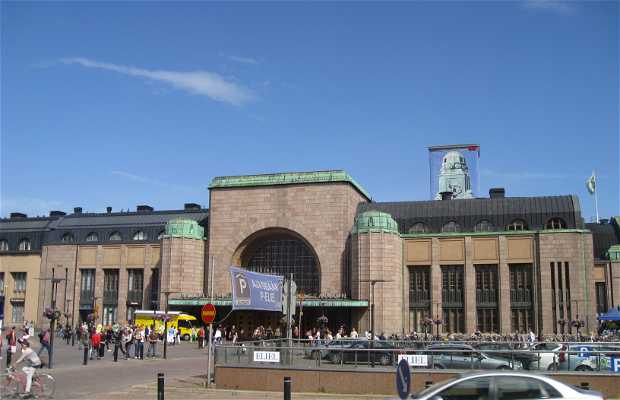 The Helsinki railway station is definitely a gem of Art Nouveau and a landmark of the city, in Finnish it's called "Helsingin päärautatieasema". It is used by approximately 200,000 passengers per day, and has the Rautatientori Metro Station, which is the busiest station in Helsinki. The most characteristic aspect, aside from its brown and green accents, are its clock tower and the four men at the entrance. They have become so popular that they have even been copied for commercials.