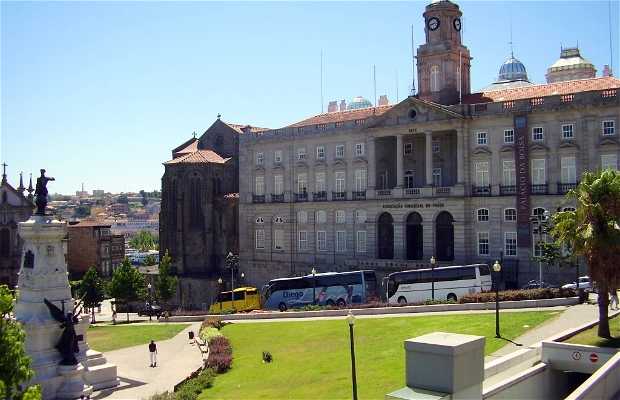 This square is named after the monument in the middle, dedicated to Prince Henry (the navigator Prince). It consists of a granite pedestal on which there are several sculptural groups (a victor driving 2 horses and 2 newts, an allegory to the triumph of the Portuguese voyages, and a female figure symbolizing Faith of the Discoveries) and bas reliefs of the conquest of Ceuta and the Infante in the Sagres Point. It's crowned by a bronze statue of the infant next to a globe that was made by Thomas Costa (1894). The square is surrounded by interesting buildings such as the Mercado Ferreira Borges, St.