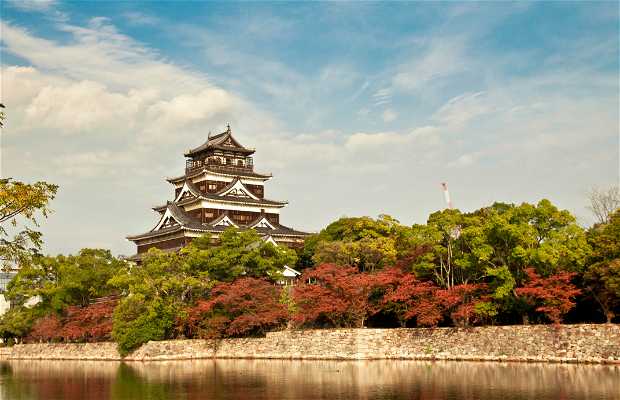 One of the symbols of the city

Hiroshima Castle (広 島 城) is one of the symbols of the city. It was built in the late 16th century by Mori Terumoto (who was on the Council of Five Regents created by Toyotomi Hideyoshi), who came to rule 9 provinces (in what is now southwestern Honshu and northern Kyushu). There are several canals built around the castle which were used to transport construction material, served as a defense against attacks, and helped transportation flow throughout the neighborhoods of Hiroshima. The current castle is a replica of what existed before the atom bomb destroyed the original. There is a reconstruction of what was once the wall and the main tower (inside of which there is a small museum about the history of the castle and the town between the 16th and 19th centuries).