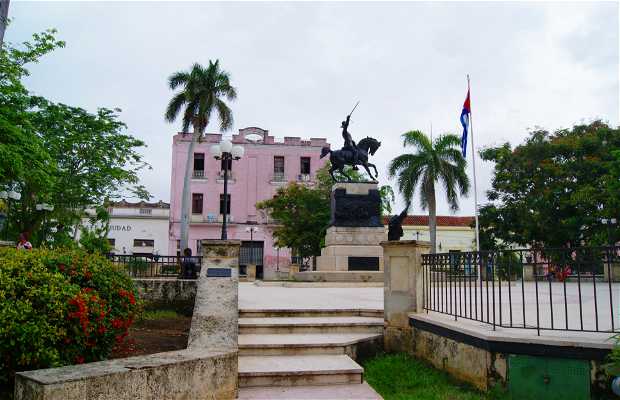 Ignacio Agramonte, one of the heroes of Independence, was a farmer who led the revolt against Spain in this area in 1868. In 1873 he was killed in combat at the age of only 32. Silvio Rodríguez dedicated a song, and an equestrian statue was erected in Camagüey in 1950, surrounded by a square with marble benches and palm fronds that have a curious history. The Cubans could not erect statues to their martyrs, so he was honored secretly (in 1853) with the tree that was the symbol of the future freedom of the nation, the royal palm. They are the living monuments. Each palm that dies must be replaced by a young one.