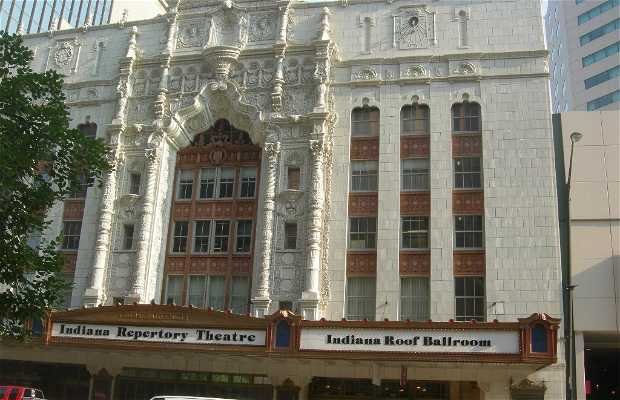 the building is a marvel

I were very impressed with the building that houses the theater and was originally a theater company Paramount. The Indiana Repertory Theatre is, as its name suggests, a repertory theater. That is, programming that constitutes the theatre works are represented exclusively by actors of the company, but I have understood that they also show different productions. Leaving aside the theatrical aspect, the building is a marvel. In the 20's it was an old cinema when movies were silent and projected in palaces. The extremely ornate facade alludes to only a portion of the treasures, as the interior is equally impressive.