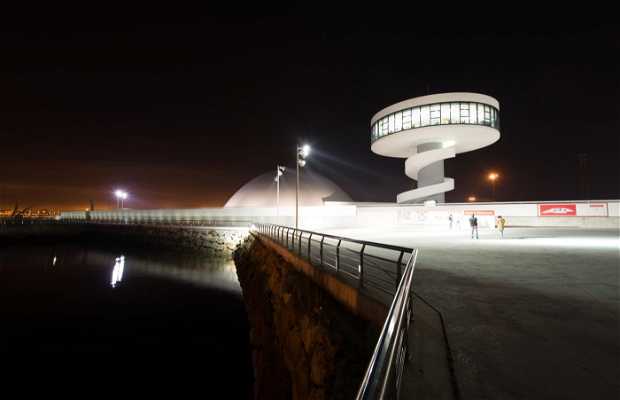 The Oscar Niemeyer International Cultural Center was one of the last works of the exceptional Brazilian architect, who died in December 2012, at 104 years. He didn't charge anything for the project, donated in 2007 by the 25th anniversary celebration of the Prince of Asturias Awards, which he was awarded in 1989. It's a very modern aesthetic and is a provocative compendium of Brazilian architecture of 50 years ago, the new capital of Brazil was a revolution in the '60s. Oscar Niemeyer described it as "a big square open to all men and women of the world, a large box at the theater on the river and the old town. A place for education, culture and peace. " It opened in spring 2011, although it has been the center of partisan political disputes, today it shines as a cultural center with a great future and Aviles is now referenced for international culture.