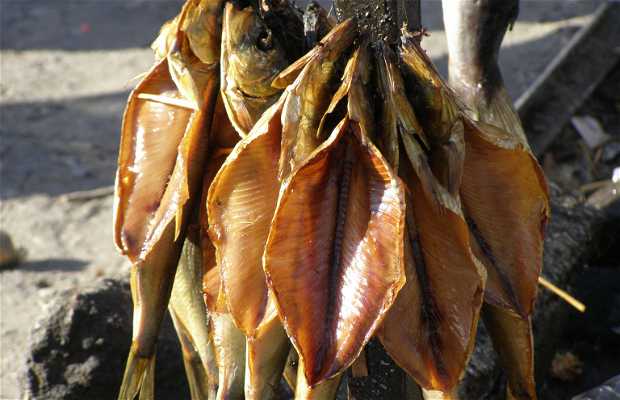 Lake Issyk Kul is the second largest mountain lake in the world by volume, after Lake Titicaca, and has been declared a biosphere reserve. Its name means "warm sea that never freezes", and despite being at 1600 meters in altitude, it never freezes. Its has salt water, and apparently the area was developed as a USSR holiday-resort. Today, Russia has subleased 866 acres to the navy for testing, as it did a few decades ago. We didn't have much time to stop, since we were on our way back to the capital, Bishkek, to fly home, but we did stop at the fish market in the nearest lake town. There are several endemic species that are endangered by over-exploitation.