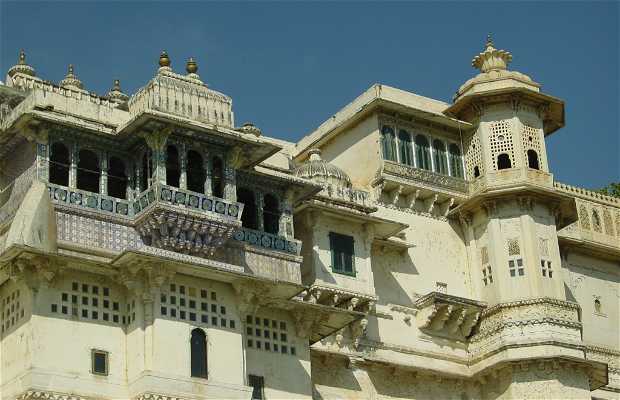 a beautiful palace situated in the city of Udaipur

Jag Mandir is a beautiful palace situated in the city of Udaipur, a city also known as the Oriental Venice due to the fact that it is partially built on water. The palace has three floors and is built with yellow stone and white marble. Construction began in the 17th Century and was commissioned by Maharana Karan Singh. Singh Rajput´s mother, helped the prince to leave the country with his wife and two children. The palace was completed around 1650, after the death of Karan Singh. Changes were made by successive owners, and it is very well preserved. The place where the prince was staying Gul Mahal is called, is the best decorated, the most important point of the visit.

You'll have to take a boat to get to the palace that's in the middle of Lake Pichola. This former palace on the water, built in 1620, has a distinguished history in Udaipur. Mughal Prince Khurram was banished by his father, and he later sought refuge here and gave one of the main enemies of the Mughals, the Rana of Mewar. The prince was at home in the palace when he heard about the death of his father the emperor. This ushered in a new era of peace between the new ruler and Rana of Mewar, resulting in architectural flourish. This palace has this synthesis, with its lower, Indian style floors and superior Mughal style.