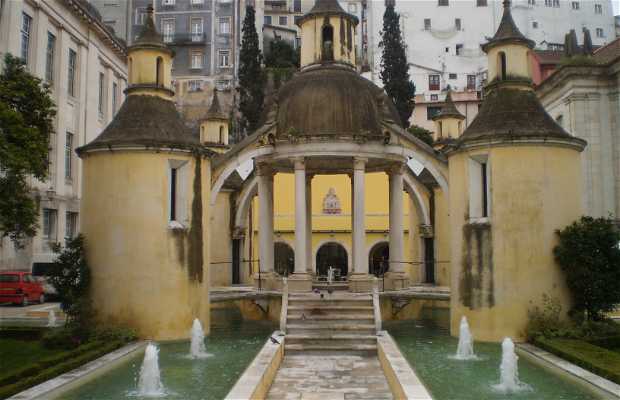 Also known as the "Cloister da Manga", it is located very close to the beautiful church of Santa Cruz in the lower part of the city, next to the post office. The thing that catches your eye the most is the original, somewhat deteriorated building which was built by Joao de Ruão. In the beautiful Renaissance style from the XVI century, it is said that it once formed part of a monastery, and stood at the center of one of the three cloisters of the Santa Cruz Monastery. Now there is a restaurant behind the cloister. I ate there the first time I visited Coimbra, and it is very well priced. The cloister