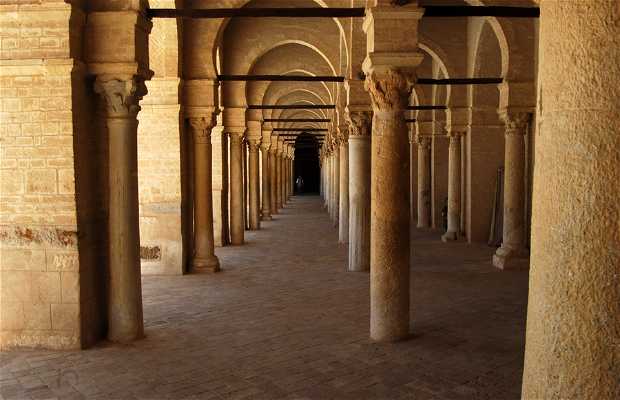 Muslims come to Kairouan not only from other Tunisian cities, but from different parts of the Arab world. The fourth most important mosque for Muslims in the world after Mecca, Medina and Jerusalem, the Grand Mosque of Kairouan which was built in the ninth century, is the oldest in North Africa. It is visited for several reasons. Located on the edge of the medina, when you almost leave the city, a huge tower-minaret stands out against the clear sky. Surrounded by brown and bare walls, from the outside it does not look like the typical Moroccan or Turkish mosques: in fact it looks more like a fortress.