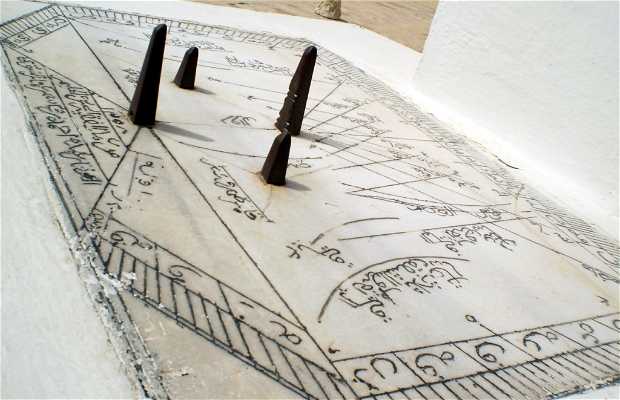 Unique for the role it plays

This sundial is located in the central courtyard of the Sidi Okba Mosque . It is situated on a raised platform and is unique for the role it plays: recording prayer times. According to the Qur'an, Muslims must pray 5 times a day (one of the five pillars of Islam), on a pre-established schedules that varies according to the seasons: Half an hour before sunrise ("asr"), at sunrise ("fajr"), at noon when the sun is at its zenith ("dhuhr"), the afternoon ("maghrib"), and an hour and a half after sunset ("isha").

Links to Sun Clock
Hotels near Sun Clock Of Cultural Interest in Kairouan
See something odd?