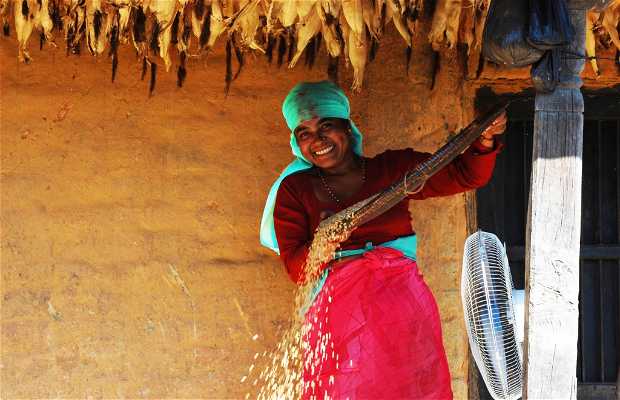 Mythic, suggestive, and remote, the Kathmandu Valley is a fertile strip of land that has been declared a World Heritage Site by UNESCO due to the amount of ancient towns and fabulous temples scattered through it. Kathmandu and some surrounding cities (like Patan and Bodhnath) are in the valley, but you can also see far older settlements, including the spectacular, medieval city of Bhaktapur. This makes the perfect base for exploring the region, whether on foot, on mountain bike, or by bus. The valley is stunning and lush, with fields that look like colourful tapestries, and worked by Newari women dressed in red.