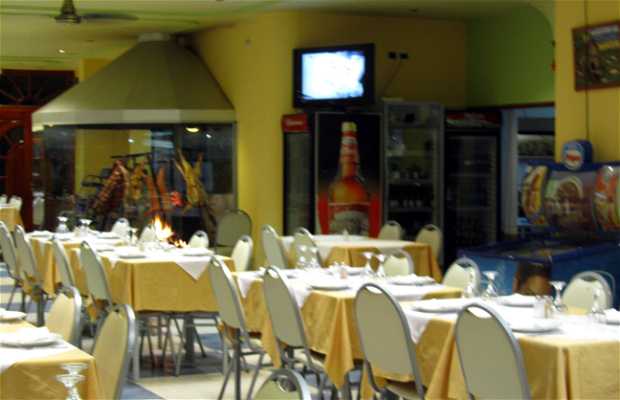 Our idea to come to eat here, despite having food that was included in the Empress Hotel , was to try the famous roast goat . They make them in many ways: grilled, baked, or Portuguese Provencal style, and they also have other dishes like gold fish in the front dock, but for us to try this was a priority. At the hotel we were told that the best place that did it was east and 20.30 pm we went there . It was ssumed that the restaurant was so big, we were surprised by the capacity asked and we were told it was for 300 people in addition to the terrace. When we entered the place was almost empty , there were only a few tables, as time passed not only did it fill up but there were many people waiting for a table for 2.