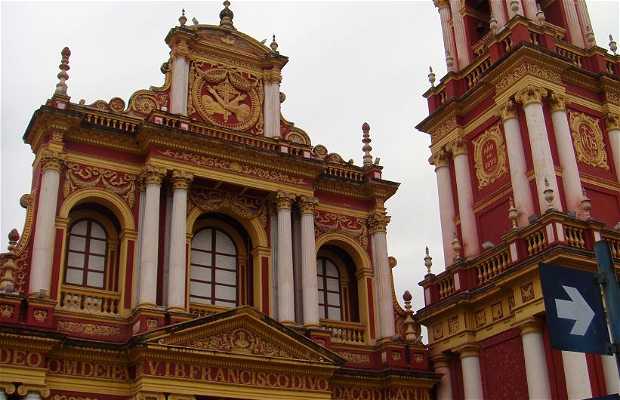 Situated just a few meters away from the Cathedral, the Basilica and Convent of San Francisco, was declared a National Historic Landmark. It is without a doubt the most striking and beautiful temple to be found in the city of Salta. Its origin dates back to the year 1582, although the weakness of the first building and a terrible fire in the middle of the 18th Century meant that the church has been re-build or reformed several times. The present church, a striking neoclassical style, is from the eighteenth century and displays influences (especially in the domes) of the Spanish cathedrals of Zamora

Salta la Linda is full of monuments. It is a village north of Argentina where the war of independence from Spain began. It is the most colonial city in the country, which has colonial monuments and it is a pleasure to walk around the Plaza de Armas. The Church of San Francisco is pure Baroque, from the entrance of the gates there seems to be fabric curtains, the color is beautiful and at night the church is amazing. Along with the Cathedral, this is the most visited church in the entire city.