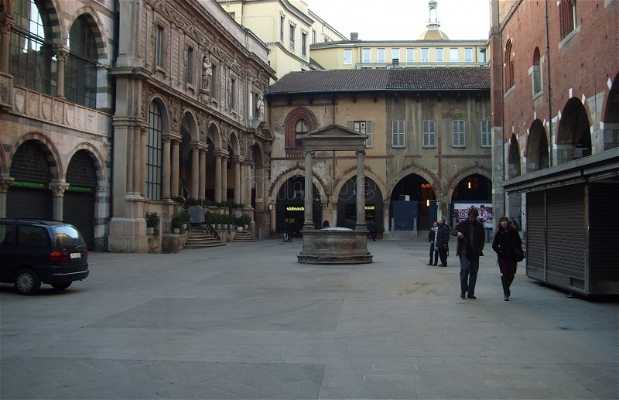 One of the most interesting places in Milan, Piazza dei Mercanti was built in the thirteenth century and is situated in the medieval heart of the city. I visited the plaza my first day in Milan curiously looking for small holes in the walls of the square which, I was told, the merchants have used since the Renaissance to communicateswitch one another. I did not find any however. But apparently, the place also kept other secrets, such as those like the couple of photography.