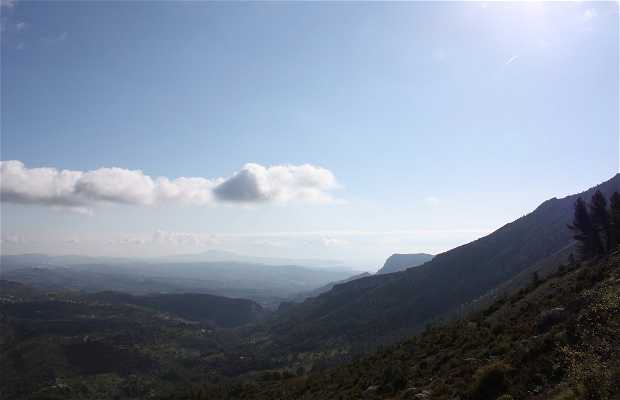 The Sierra de Bernia is most well-known by those that live in the Marina Baixa region. It's a collection of mountains that extend perpendicularly towards the sea are specifically located between Altea, Callosa d´En Sarrià, Calpe, Benisa and Jalón.

Two of its main attraction are:

El Fuerte de Bernia: a building built to prevent the uprising of the Moors and defend the coast from the frequent Barbary pirate attacks.

El Forat: a small thirty-meter natural tunnel that connects the south slope with the north. You can go through the tunnel, but you must crouch.

The paths surround the sierra that go through Fuerte y the Forta are well indicated with the typical yellow and white lines. We got confused one time but we quickly spotted the markers and realized we were about to head off the beaten path.