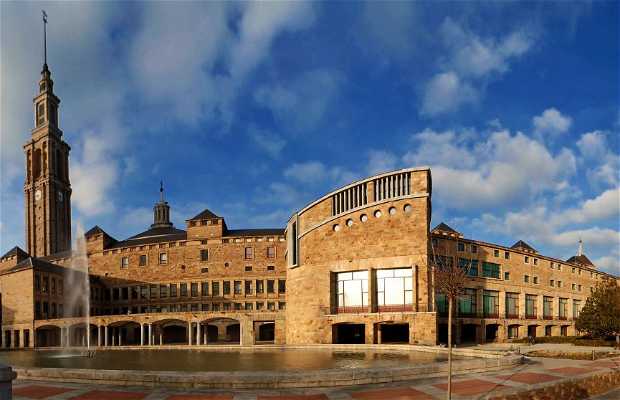 University of Gijon, of great dimensions

The Universidad Laboral de Gijón was constructed between the years 1946 and 1956, and with its 270 000 m² it is the largest biggest in Spain,and it was the most significant architectural works of the 20th century in Asturias and its construction was the result of a mining accident in the Flow Basin, which was meant to create an orphanage that could hold up to 1000 students. The project became bigger and the last time it was the biggest secondary Institute in the country, with 3,000 students. The establishment is made up of a tower of 130 meters inspired by the Giralda in Seville, a theater of dimensions