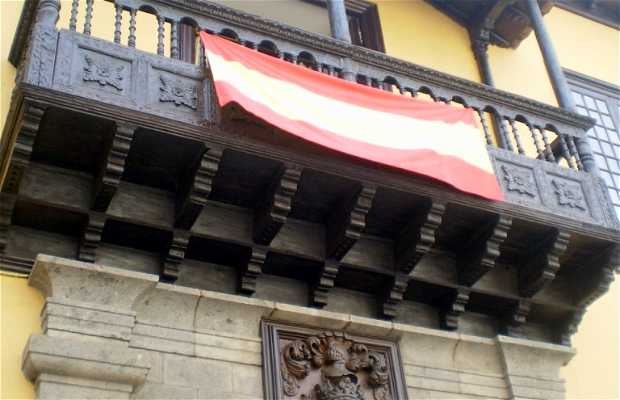 Opposite the Casa Machado and Llarena, on the corner of the Calles Zerolo and Escultor Estévez (C / Carrera) is Llarena House. It was built in the eighteenth century by Diego José de Tolosa Benitez and Lucianos. It then passed to Josefa Larena and Cullen, who commissioned a remodel by the architect Mariano Estanca. The current facade is of neo-Canarian style, as can be seen in the beautiful pine woodwork carved canary, in the eaves and in the windows. The building has two stories with a stone cover where you can see the family crest.