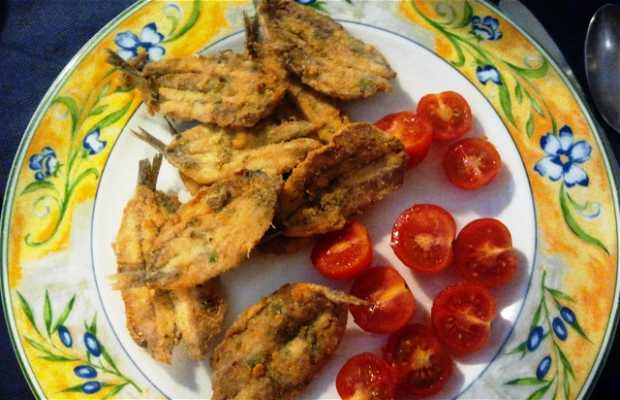 Los Geraneos, named after the red geraniums hanging from its balconies, is right in the center of Almuñecar's old town and is a good choice for lunch. For one, the location couldn't be better...the plaza has intricate Mediterranean-style tile work which accents the white-washed buildings, Moorish touches, and flowering vines hanging from the window boxes.

We had the daily menu of fideua (a dish typical along the Spanish coast which is similar to paella but made with short noodles instead of rice), and "boquerones fritos," another Andalusian delicacy consisting of miniature sardines marinated in parsley and garlic then lightly breaded and fried. Absolutely delicious, among the best I've ever had, in fact, and I consider myself something of a boquerones connoisseur.

+3
Like
minube
See original
Like
Have you been here?
Add your opinion and photos and help other travelers discover