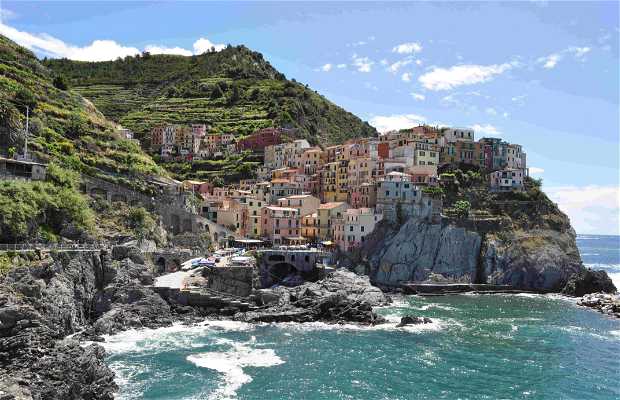 The trail is now known as the "Via dell'amore" (the path of love, in Italian) was the path used by the railway workers of the Italian State to move between Riomaggiore and Manarola stations. Today it is one of the most popular tourist routes in Italy. In fact, the path was opened for a special circumstance: the refurbishment and extension of the railway line between Genoa and La Spezia in the decade of the 20 th century. In order to safeguard Riomaggiore and Manarola during the development of the works decided to house the explosives needed to carry them out in a powder keg halfway between both locations.

The air breathes through you

That is the best thing I have ever seen in my life.

The trip to La Spezia was a ling way from Rome . and it was freezing in the end worth every second, you can use the train to move between the coast line towns.

They look pretty similar but the sea and the incredible layout of the houses and the beautiful colors made me speechless.
The air breathes through you. The hike was spectacular unfortunately only available between two towns I can't recall which ones know but they shut the rest due to some falling rocks a while ago, it will be open again by 2022 .

The Via dell'Amore is the path that links Manarola with Riomaggiore. It isn't long, only 1km.

There are a lot of places for picnics, which I love, and while you eat you get stunning ocean views.

Lists and places related to Lovers' Road (La Via dell'Amore)