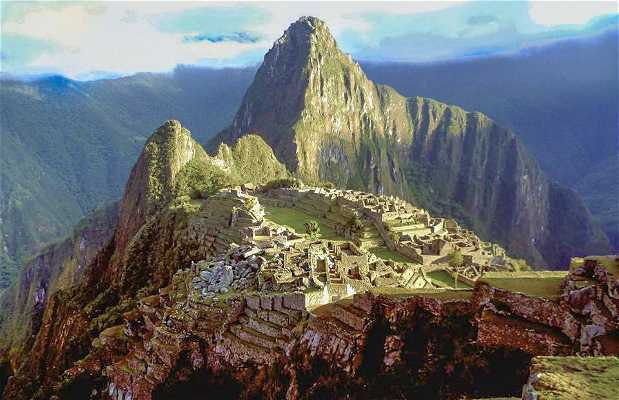 Machu Picchu is a pre-Columbian Inca citadel located 2430 meters (8000 feet) above sea level. It's on a mountain ridge above the Urubamba Valley in Peru, 80 km (50 miles) northwest of Cusco and by the Urubamba River. It's called "The Lost City of the Incas". Machu Picchu is one of the best known symbols of the Inca Empire. They say it was forgotten for centuries. An American historian, Hiram Bingham called worldwide attention to the area in 1911. Since then, Machu Picchu has become an important tourist attraction. Machu Picchu was declared Historical Sanctuary of Peru in 1981 and a UNESCO World Heritage Site in 1983.

The lost city of the incas

Situated on the "old peak" (it is called Machu Picchu in the Quechua language), is the lost city of the Incas. Declared a World Heritage Site since 1983, it was discovered by Hiram Bingham in the year 1911. The Inca Trail provides access to the summit from the valley and although there are several possibilities. You must book well in advance as the number of people is strictly limited. It costs about $ 250. It is a wonderul place for photography lovers, offering unparalleled beauty.

If you have the opportunity don't miss it! The pictures don't capture the true beauty at all!

Wonderful of the world.

Wonderful of the world, my favorite place ever!!!

This magical place will radiate amazing energy you can feel all over!

It’s a must in your bucket list! You will always and forever have it in your heart.