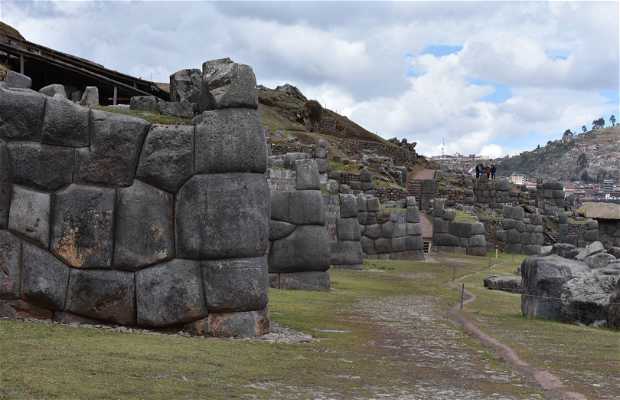 It is a spectacular fortress, or temple as it´s called now, built with huge carved rocks laid together with absolute precision. Along with Machu Picchu and Choquequirao, it is undoubtedly one of the greatest architectural works of Tawantinsuyu. Its Quechua name means "satisfied falcon". It was erected on a high hill that overlooks the entire city and this falcon was believed to stand guard over the empire. Cusco was designed in the shape of a puma with Sacsayhuaman as the head and Koricancha corresponding to the feline's genitalia. We hired a local guide who was very friendly and knowledgable about this amazing work of art.

The fortress of Sacsayhuaman is one of the most important Inca constructions and is even more amazing for its grandeur and perfection, only riveled by Machu Picchu. Fo more information, go to Http :/ / blog-mochilero.Blogspot.Com/2010/11/turismo-cusco-sacsayhuaman.Html

Huge archeological site but make sure to go before you go to Macchu Pichu or it will seem small...

Lists and places related to Saqsaywaman

Links to Saqsaywaman
Hotels near Saqsaywaman Ruins in Cusco
See something odd?