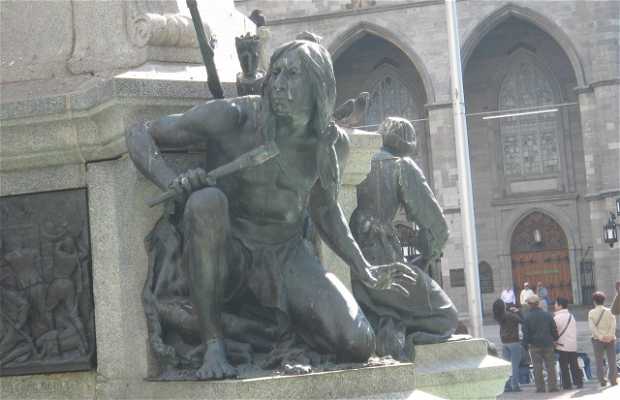 This magnificent monument was erected in 1895 in memory of Paul Chomedey de Maisonnaive, the governor of Montreal, who defended the city from attack by the Iroquois in 1643. Of course, he is the dominant figure in the monument, but at the base we can also see other important figures who participated in that conflict, like Charles Lemoyne, Lambert Closse, an Iroquois and Jeanne Mance. There are several reliefs depicting historical moments. It's a clear example of what should be a monument of historical significance, something that will stimulate visitors' curiosity. After passing it, I searched

Like
Monica Schenini
Excellent
See original
Like
Have you been here?
Add your opinion and photos and help other travelers discover