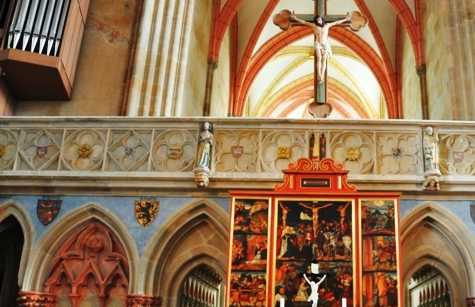 A Gothic style cathedral, with unequal towers, the more striking because it is the only dark building in a village, Meissen , dominated by pastel houses. Located next to the Palace of Albrechtsburg, which is surrounded by seven figures, representing, among others, the Empress Adelheid and Emperor Otto I. Construction began in 1250, but construction of the west towers did not begin until the fourteenth century and were not properly finished until sometime between 1904 and 1908. Worth paying the entrance fee(do not remember