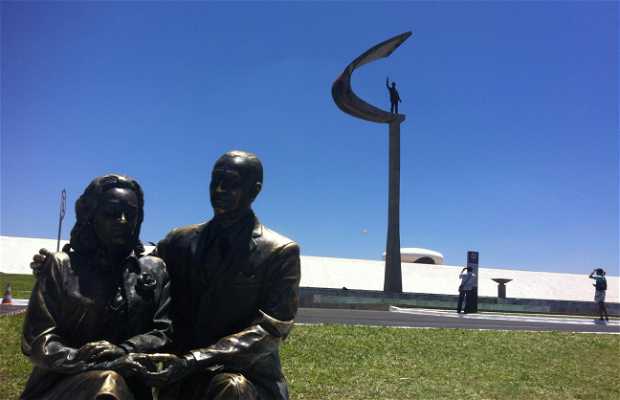 A pretty gray sky and intermittent rain accompanied us that morning on our visit to one of the places you must see in Brasilia. The JF Memorial was built in 1981 by Oscar Niemeyer, who was one of the architects who created this city. He built this monument to house the remains of which was one of the most beloved presidents brazilian, JUSCELI Kubistchek. JK was born in Diamantina un September 12, 1902. After several political positions, was sworn in as President of Brazil on January 31, 1956. Apart from creating the capital of Brasilia in this country, during his presidency there were numerous civil construction works that were carried out.

Links to Memorial JK
Hotels near Memorial JK Of Touristic Interest in Brasília
See something odd?