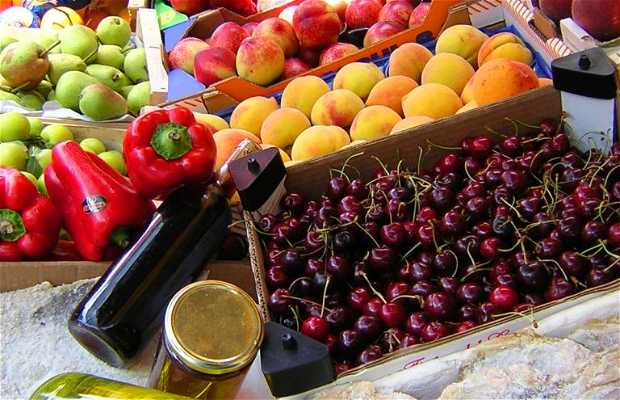 The Market of Abastos in Santiago

The Market of Abastos of Santiago, designed by architect Joaquin Vaquero Palacios, was built in 1941 where the City Market used to be and is undoubtedly one of the city's liveliest places. With a spectacular setting, people come from many parts of Galicia to sell their products like potatoes, cheeses, liqueurs, Padrón peppers, etc. According to many guidebooks, this market is one of the five largest in Spain and the second most visited in the Galician capital. Something that is odd is to refer to a city full of art treasures, culture and tourism. In the market cafe, you can eat anything you bought plaza: clams, prawns or squid.

Charming and authentic, good place to buy some cheeses and chorizos.