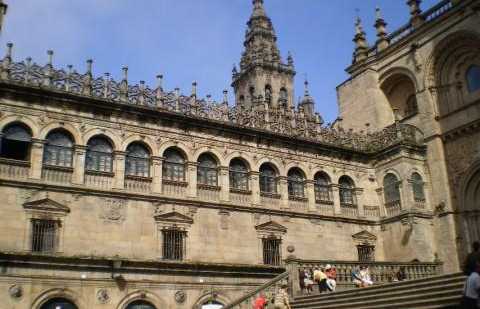 Certainly Platerías Square is busiest around Santiago, I would say that more than the Obradoiro, one is famous and the other just supports the village. The place is so called because in ancient times it's where the goldsmiths went to sell their silver, even today there is a beach shop and jetti with interesting prices. In the middle of the square there's the fountain of horses from the 19th century but certainly the fame of the square is because it is accessed from the side of its south facade, the only Romanesque cathedral.