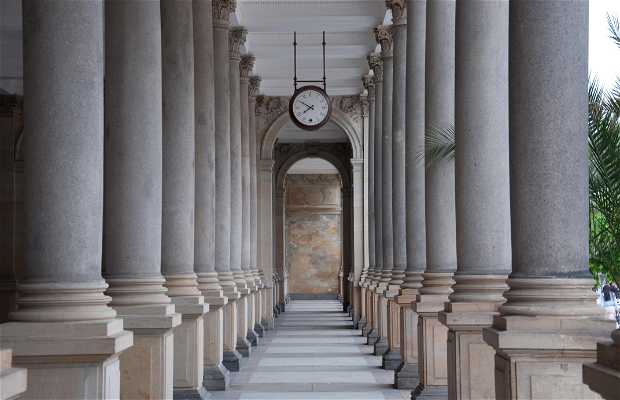 One of the most striking monuments

It is certainly one of the most striking monuments of the city. It is impossible not to see this large colonnade, in fact, it's the largest in the city. It was built in the late 19th century and gets its name because it houses the source of the Mill. In total, under this colonnade, the patient can drink from 5 different fountains. During holiday season, many concerts are held here.