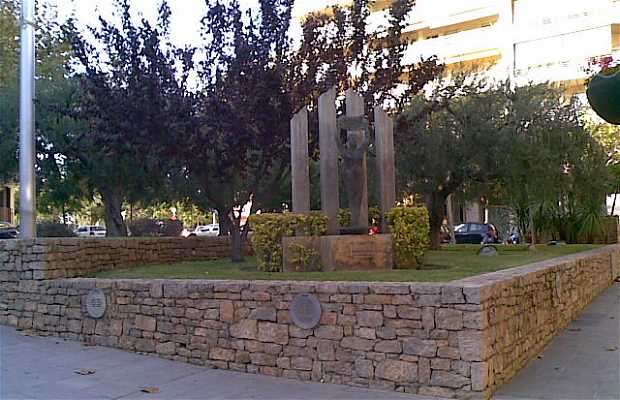 This monument was erected in memory of...

This monument was erected in memory of the Catalan historical figure, Rafael Casanova, in 1998. He was a jurist who fought in the War of Succession on the side of the Habsburgs, and is considered a symbol of the struggle for Catalan freedom. On 11 September, the Day of Catalonia, many come to lay wreaths of flowers in front of his statue.