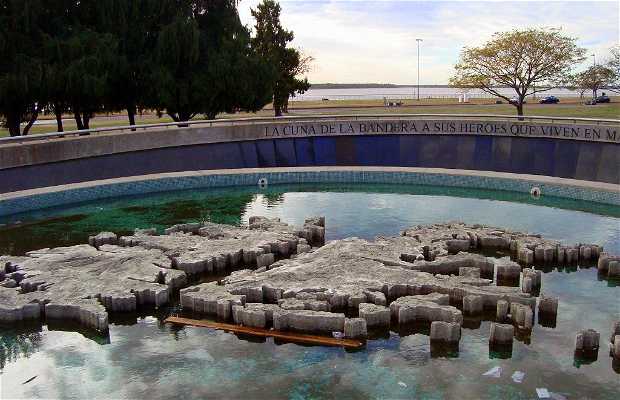 In the National Park of Allegiance

This monument was inaugurated on June 19, 2005 which is the eve of Argentina Flag Day, as a reminder of the sacrifice young Argentine soldiers and officers made in the unequal struggle for the recovery of our Malvinas Islands on April 2, 1982. Erected to remind the entire community, if only for a moment, the reason why. The printed writing are the names of the dead, symbolizing their value to the Nation, the names are alphabetical and without hierarchy on a black marble wall. You can also see the 5 coats of arms that participated in the war. The floor of this ellipse is different from the esplanade in order to mark a separation between the inside and the outside, no mirror in the center of a circular water in which they are represented, enhancements are made of reinforced concrete and are illuminated from below, the Falkland Islands reflected by its contour.