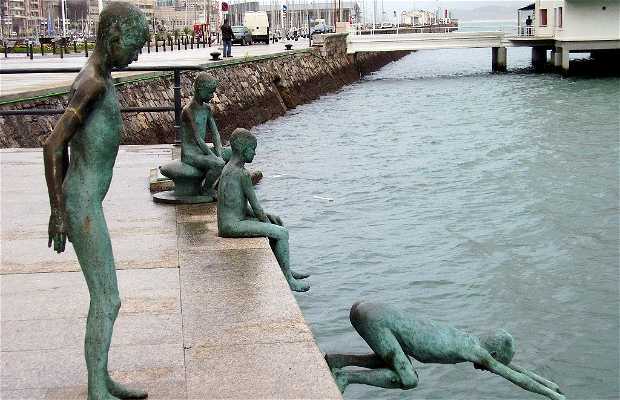 76 photos of Monument to the Raqueros

33 reviews of Monument to the Raqueros

This monument consists of four bronze figures located close to the marina between Embarcadero Palace and the Santander Marina.

The sculptures are of 4 children, one standing looking out to sea, two sitting, and one jumping into the sea. They’re accompanied by a commemorative plaque on the ground. In Santander, these "Raqueros" ("wreckers") are typical folk characters, poor or homeless children mainly, who made their living gathering coins thrown by tourists into the sea.

In the late 19th and early 20th centuries, the activities of the Raqueros became something of a spectacle and groups gathered around to watch them retrieve the coins.

These sculptures are located on the seafront, near to the Paseo de Pereda. Their creator was José María de Pereda. During the nineteenth and twentieth centuries, people tried to recreate them by diving in the waters of the Bay of Biscay to collect coins that people who roamed the area had missed.

Lists and places related to Monument to the Raqueros

Information about Monument to the Raqueros