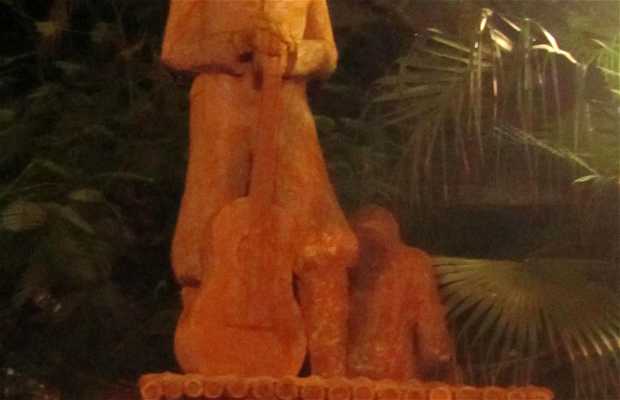 The Mensú circuit starts in the so-called Bajada Vieja extending about 4 blocks down the winding, tree lined Fleming Av and descends sharply towards the river. On the esplanade which forms a balcony, in the corner we can find the monument "The Mensú" the work of the missionary artist Hugo Viera, ve made this larger one to replace a work that was destroyed by falling trees a year earlier. The area still has old houses dating from early in the last century. The song of the poet Ramón Ayala made the area famous. "This story reminds us of inns from the late nineteenth to mid twentieth century. What Kapanga, The Dancing, yerba mate, ferrywomen navigating the Paraná River, and Mensú, symbol of work, exploitation and sacrifice " as the sign we can read indicates.