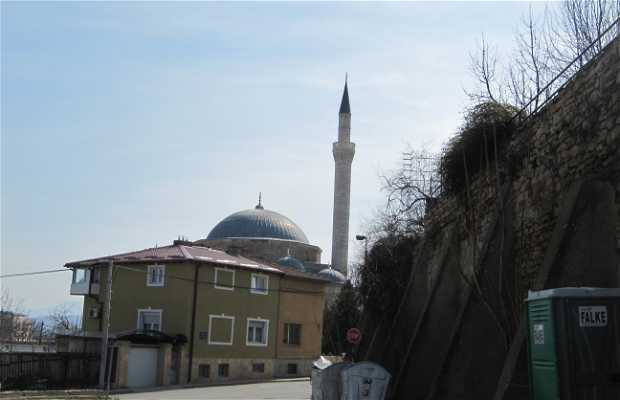 The largest mosque in Skopje

When we visited the Mustafa Pasha Mosque, it was closed. It´s the largest in the city and built on the same date that Christopher Columbus discovered a new continent in 1492. It was ordered to be built by Mustafa Pasha under Ottoman rule of Sultan Selim I. Three small domes highlight the porch and white minaret of 124 stairs. It was severely affected by the earthquake of 1963 and the main dome is still under repair.