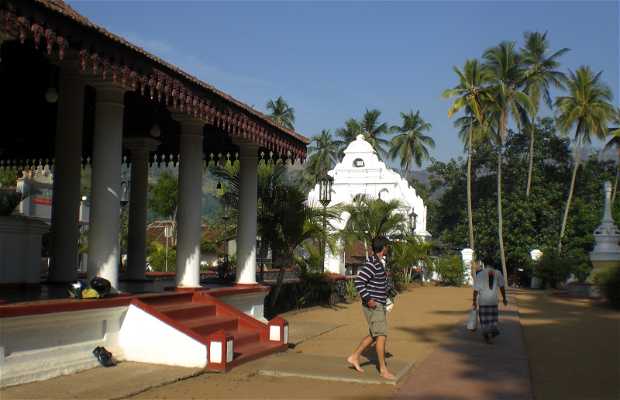 a Buddhist temple situated in the center of Badulla

Muthiyangana Devale is a Buddhist temple situated in the center of Badulla. The Buddhists visit the whole island on a pilgrimage, because they think it was visited by Buddha during one of his trips to the island. One of his disciples wanted to construct a temple in memory of this visit, and Buddha dropped a few drops of sweat, which became pearls, which people say are locked in the main temple. The temple was built by King Devanampiya, and it is very large, with several places of worship. It is one of 16 major temples of the island.