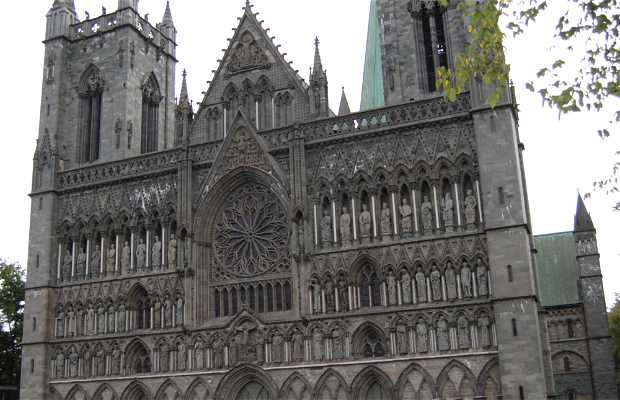 Nidaros Cathedral can be found in Trondheim and it's truly a majestic sight to see. It's situated right next to the river and I, for one, was surprised by its size, because Trondheim is a Midwestern town where there are only 150,000 people. It's tiny size is due to the fact that it was a place of pilgrimage for Protestants because in it lies the tomb of St. Olaf, who was a Viking king who died on the battlefield. Gothic cathedral is the world's northernmost known in the Middle Ages as "the heart of Norway". Next to the cathedral, in what was the old stone quarry where the parts are working the sacred temple constructed, has opened a cafe, where you can have a latte (huge as in the whole country) contemplating the medieval stones and quiet breathing, yes, the fresh (as you see in the photos, the traditional blankets are everywhere in Norway for daring to socialize despite temperatures.