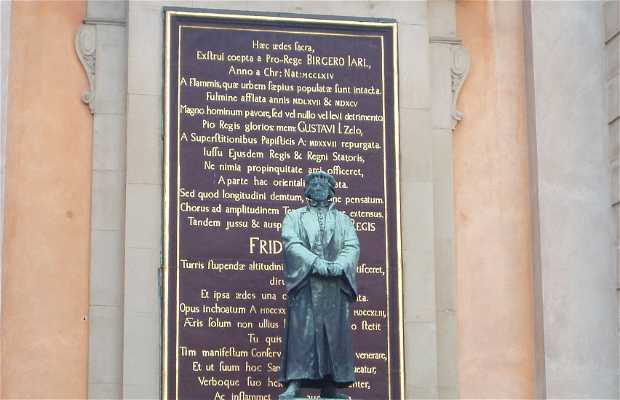 Located in the heart of the city

Stockholm Cathedral is located in the very centre of the city, in the Gamla Stan district. It is next to the royal palace, and was built in honour of St Nicholas. The facade was originally Gothic, but collapsed in the first half of the eighteenth century, and was rebuilt in the Barqoue style. During the Reformation, Gustav Vasa seized most of the church's valuables, although we can still see the oldest painting of the city of Stockholm, in the south of the cathedral. It is called Vadersolstavlan, and was painted in 1535. In the northeast of the cathedral is an oak sculpture of St George and the

Lists and places related to Storkyrkan

Links to Storkyrkan
Hotels near Storkyrkan Cathedrals in Stockholm
See something odd?