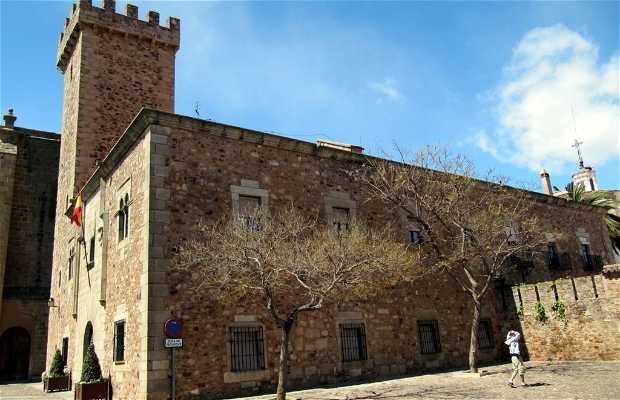 This gorgeous palace in the Plaza of San Mateo was built in the 15th century on the site of a pre-existing Arab castle. It was built for Captain Diego de Cáceres Ovando and his wife, Isabel Flores (advisor to Queen Isabel). Her son, Nicolás de Ovando was the first Extremeño to set foot on the American continent and was the first governor of Hispaniola.

The tower is what most stands out about this palace since it rises above the rest of the historic district. It was erected with masonry walls and granite ashlars in the corners.

It is the only one in the city that’s topped with battlements since most others were destroyed by order of the Catholic Monarchs. The façade of the palace is formed by a round arch and large segments of granite.

+4
Like
Judith del Barrio
Excellent
See original
Like
Have you been here?
Add your opinion and photos and help other travelers discover