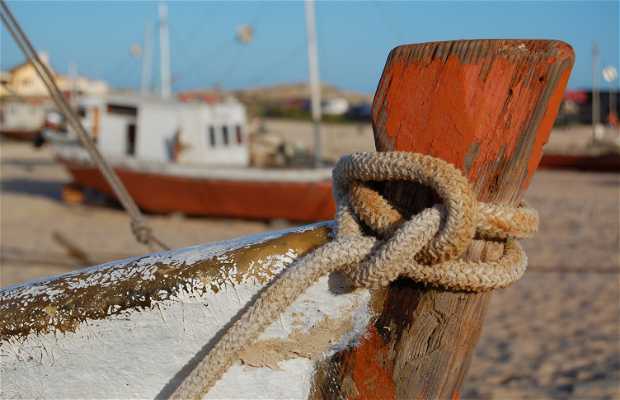 My last stop in Uruguay was Punta del Diablo, a site that will undoubtedly end up being very touristy. Today, though, the streets are full of sand instead of traveling people. 300 km from Montevideo, it´s near the border of Brazil. The sandy streets, restaurants and bars on the beach and the fishermen collecting their gear after selling what they have to restaurants, are all typical sights here. I watched all of these things while relaxing with a beer. Its permanent population is less than 1000 inhabitants but in the austral summer (December to February), that are added visitors. I was there at the end of March and it was a haven of peace.