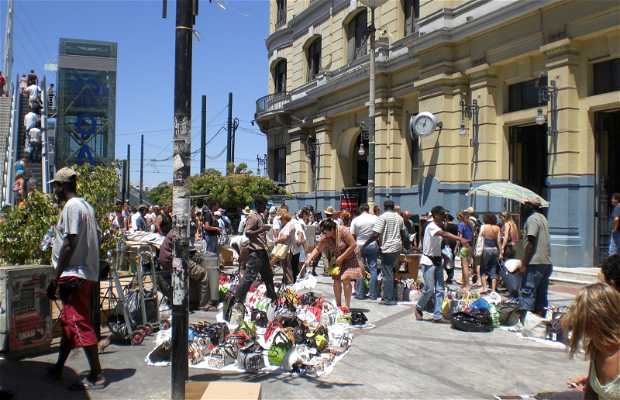 57 photos of Port of Piraeus

16 reviews of Port of Piraeus

Port of the Mediterranean

Being one of the largest Mediterranean ports, Piraeus is also one of the largest cities in Greece. It was the port of Athens for many hundreds of years. The Great Wall between Piraeus and Athens began to be built in 480 BC by Themistokles. Unfortunately the wall was destroyed in 86 BC by Sulla, and back in the Middle Ages the Piraeus was just a fisherman village. When Athens became the capital of Greece in 1834, the Piraeus was revived again, with new buildings that were Neo-Classicist, and new and modern factories. In 1923, 100,000 refugees arrived here from Asia Minor, bringing with them their culture and traditions, and contributing to the cosmopolitan atmosphere.

An essential part of the city

Piraeus is the port in Athens. It is an essential part of the city, even though it's quite far from downtown. It has shipyards, factories manufacturing agricultural machinery, glass, textiles, and chemicals. As you head towards Athens, the movement in the streets is relentless. If you walk along the waterfront near the famous blue-domed Orthodox Church, you'll see a number of important and beautifully-maintained public buildings. Of course, there is an intense amount of small boat docks for small ships and large passenger ships and is wher you catch the ferry to the nearby islands.

10 km from the city center of Athens

10 km from Athens is the port of Piraeus, one of the largest in the Mediterranean. First it was an island, then the port of Athens and currently a city with its own character. Piraeus boats depart linking Athens with the Aegean islands and there are a variety of cruises. You can reach Piraeus from Athens by metro (line 1 Kifissia-Piraeus) or tram (from the central Syntagma Square). The infernal traffic in Athens makes a car the worst way to get around but there are 4 metro lines, 2 tram lines and a large modern fleet of buses and trolleybuses. The taxi fleet has 17,000 units and all taxis have

Lists and places related to Port of Piraeus

Information about Port of Piraeus