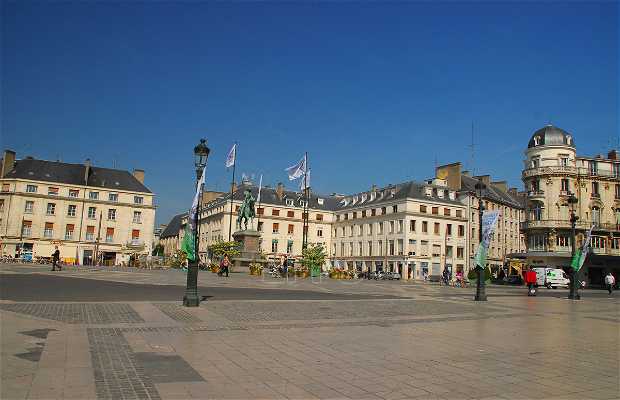 In my opinion, we are facing one of the...

In my opinion, we are facing one of the most beautiful squares in France. It's name comes from the Latin Martyrium or Martroy Martray which means where prisoners were executed. Looking out at the buildings such as the Stock Exchange transports you right back to the eighteenth and nineteenth centuries even though it currently houses the Chamber of Commerce. In 1754, the Foreign Ministry was called "The Roundabout" of the late nineteenth century. However, the most striking thing about the square is the large statue of Joan of Arc. Foyatier was the sculptor and was inaugurated on May 8, 1855. Funding for this work was achieved thanks to two lotteries in 1853 and 1854.