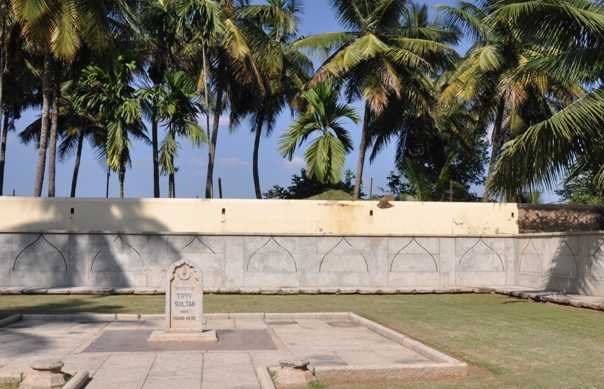 The place where Tippu Sultan, King of Mysore, died, is marked by a small plaque. Surrounded by fantastic greenery, it is a simple place focused on meditation. This Sultan (1750 - 1799), is also known as the Tiger of Mysore, and he won major battles against both the British in the Second Anglo-Mysore War, and against its neighbors in expansionist attacks.