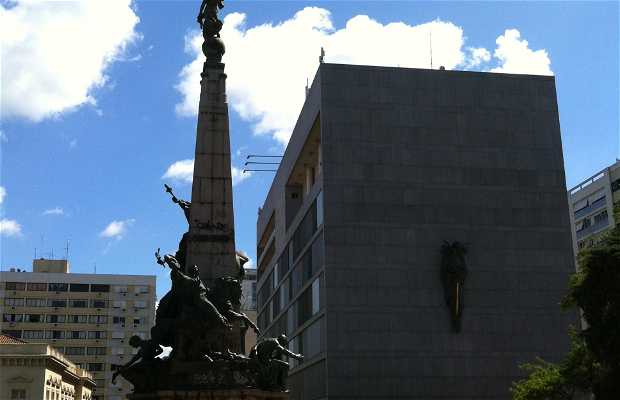 Praca da Matriz is in the center of...

Praca da Matriz is in the center of the State of Rio Grande do Sul and also one of the most photographed squares of Porto Alegre. In its surroundings is the Palácio Piratini (headquarters of the State Executive Power, a large sumptuous building), the building of the Legislative Assembly, the Public Ministry palace, the Justice Palace, the Metropolitan Cathedral, the Theater St. Peter and other old buildings. In has been for centuries a political center as well as an important point for culture and religion. The square was a public place since the creation of the city of Porto Alegre, in the eighteenth century, having changed it's name several times, suffering many reforms and remodels, and having it's surroundings change dramatically.